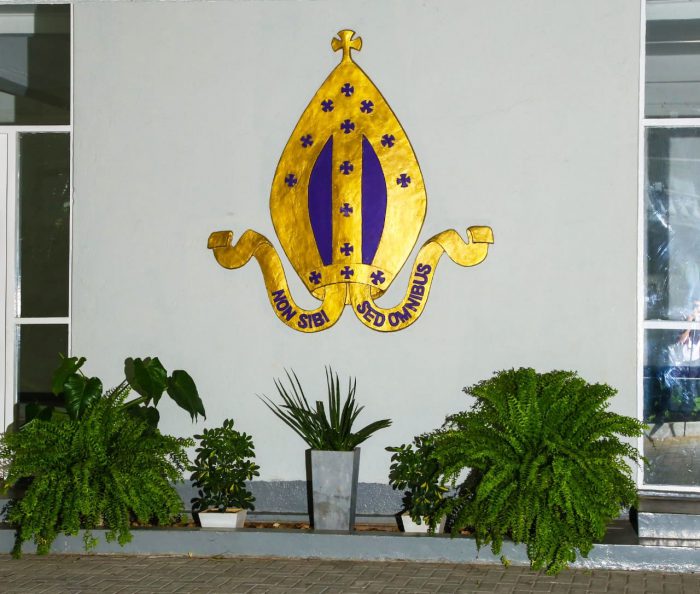 Centrally air conditioned, the Bishop’s College Auditorium has a seating capacity of 727. With all the amenities required for events including and not limited to Theatre productions, Concerts, Awards Ceremonies and Cooperate events, all reservations for bookings are made through the Auditorium Office. Confirmation of reservation for events is accepted with a duly filled form, hire of conditions and payments. Box office and ticket sales services are available during Office working hours.

Bishop’s College, located at 15, Boyd Place, Colombo 3, is a leading private, day and boarding school for girls, providing education from Nursery to year 14. The Bishop’s College Past Pupils’ Association houses its Office within the Auditorium building. 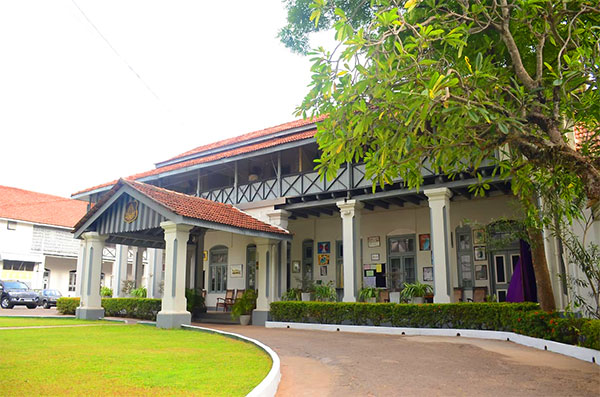 The Bishop’s College Past Pupils’ Association aspired to gift its Alma Mater a state of the art Auditorium which was not only to serve the School, but have facilities to be hired. Taking an active role in obtaining the land from the Government on lease and raising the funds, the project was activated by the PPA in the 1980’s. 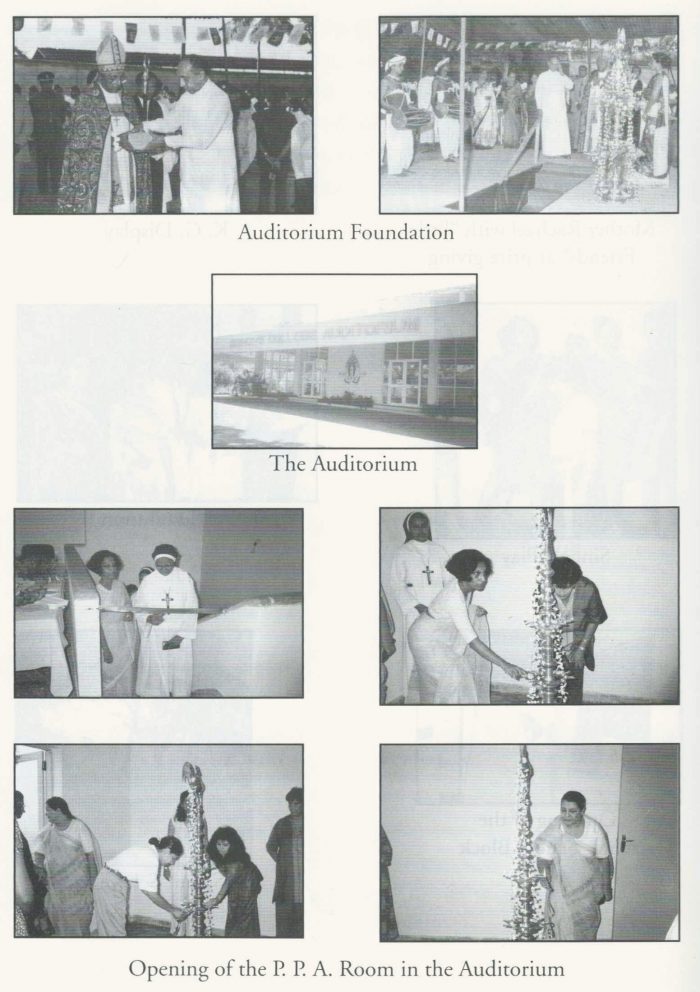 Memorable Moments from the History of Bishop’s College Auditorium 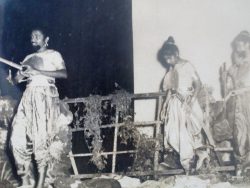 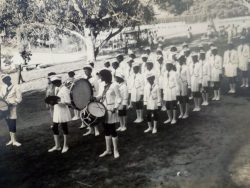 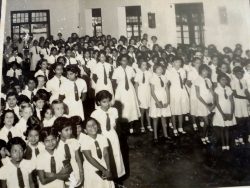 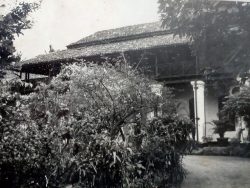 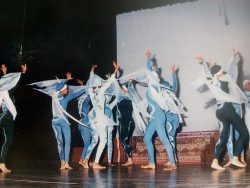 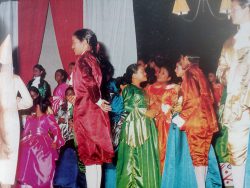 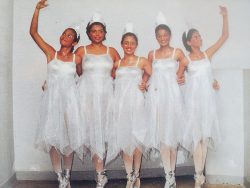 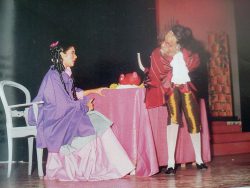 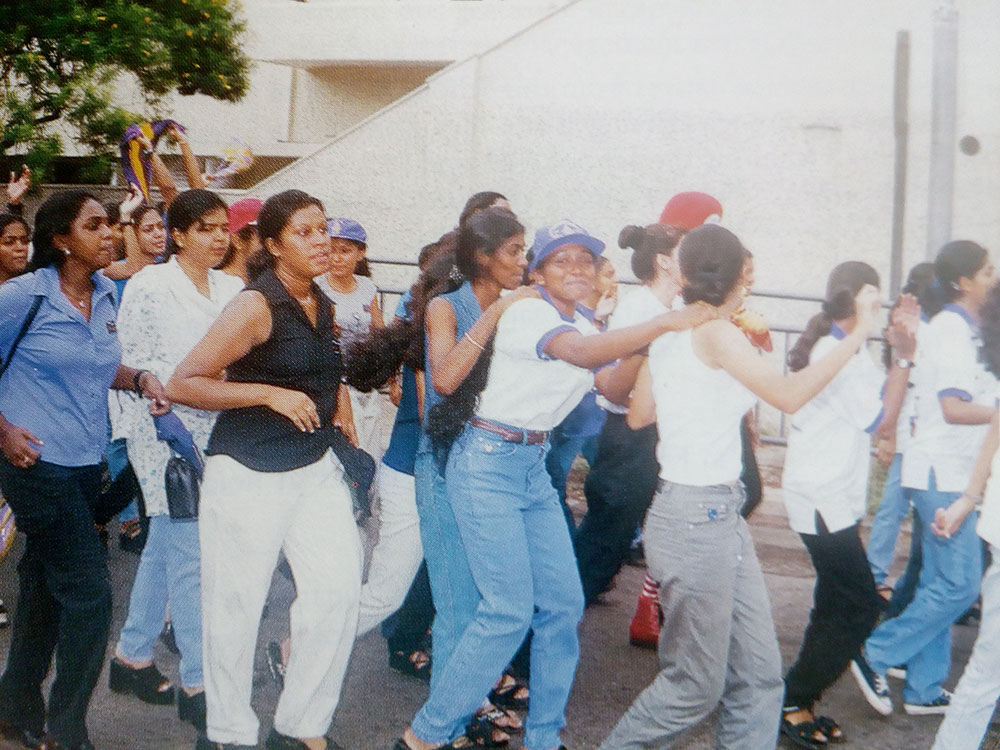 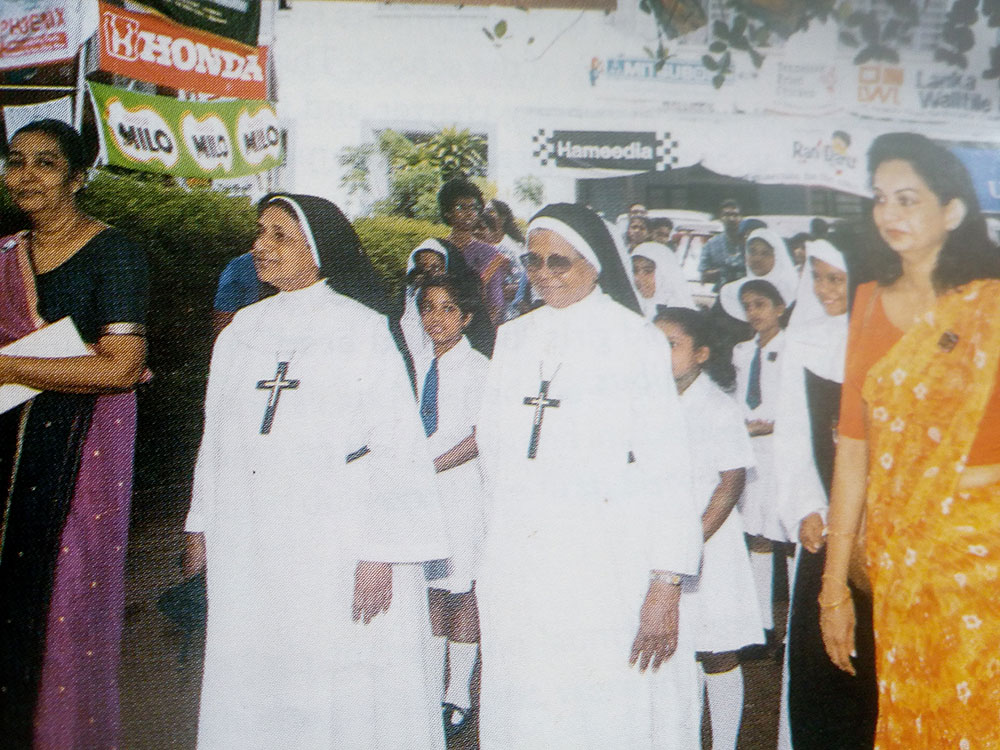 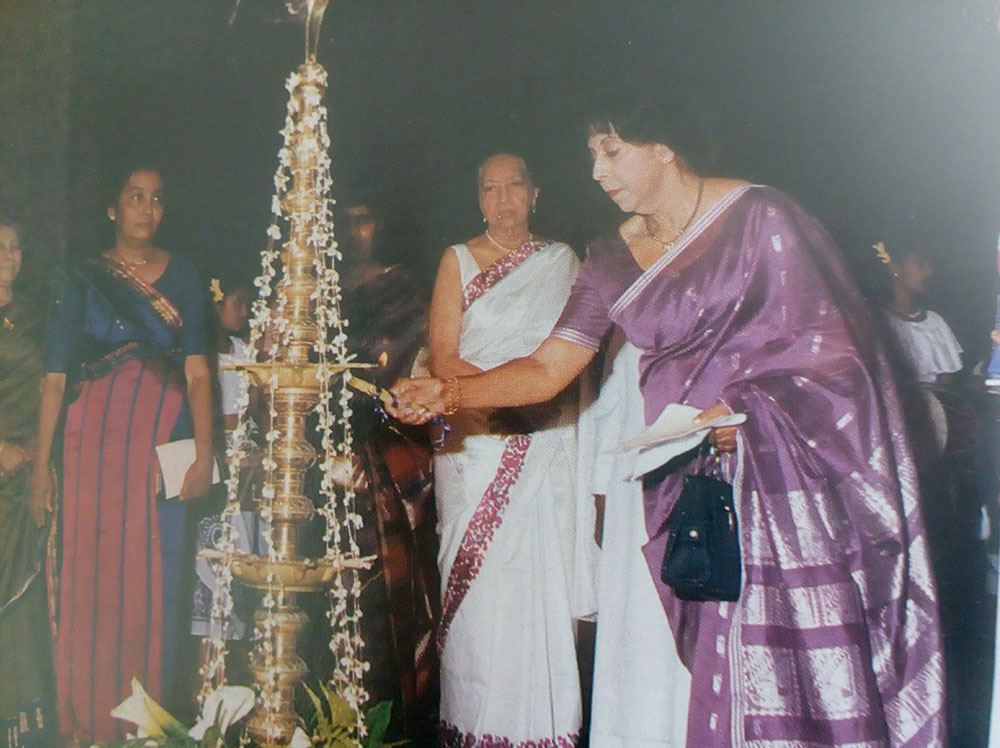 Procession at the Auditorium Foundation Stone ceremony in 1986 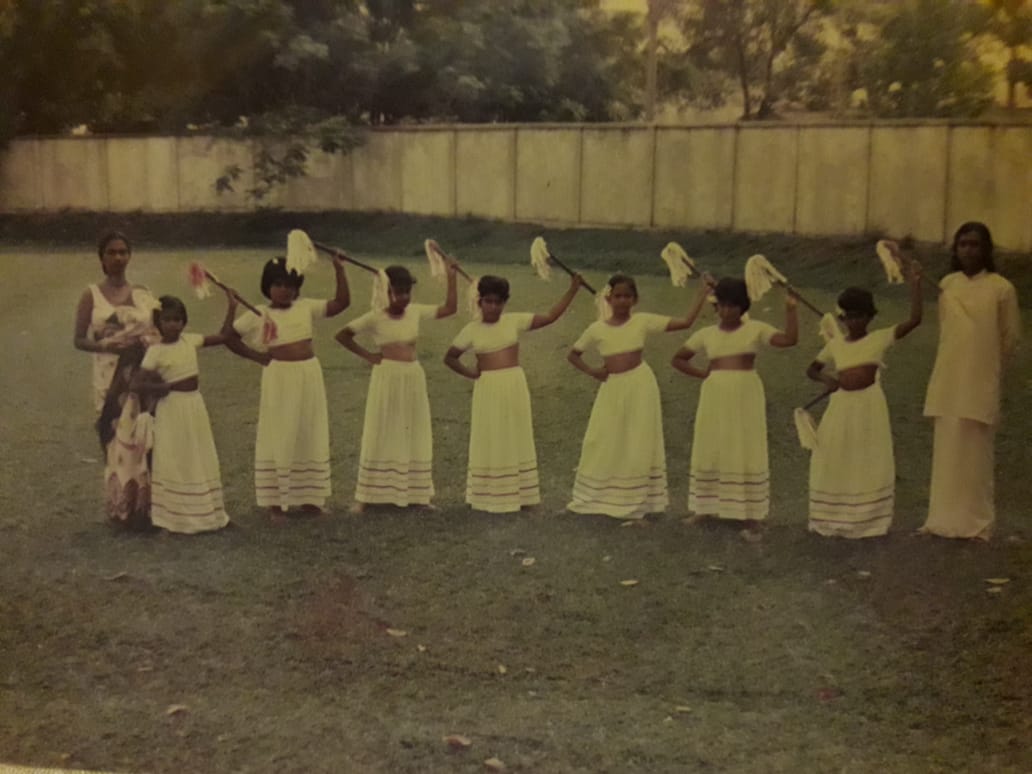 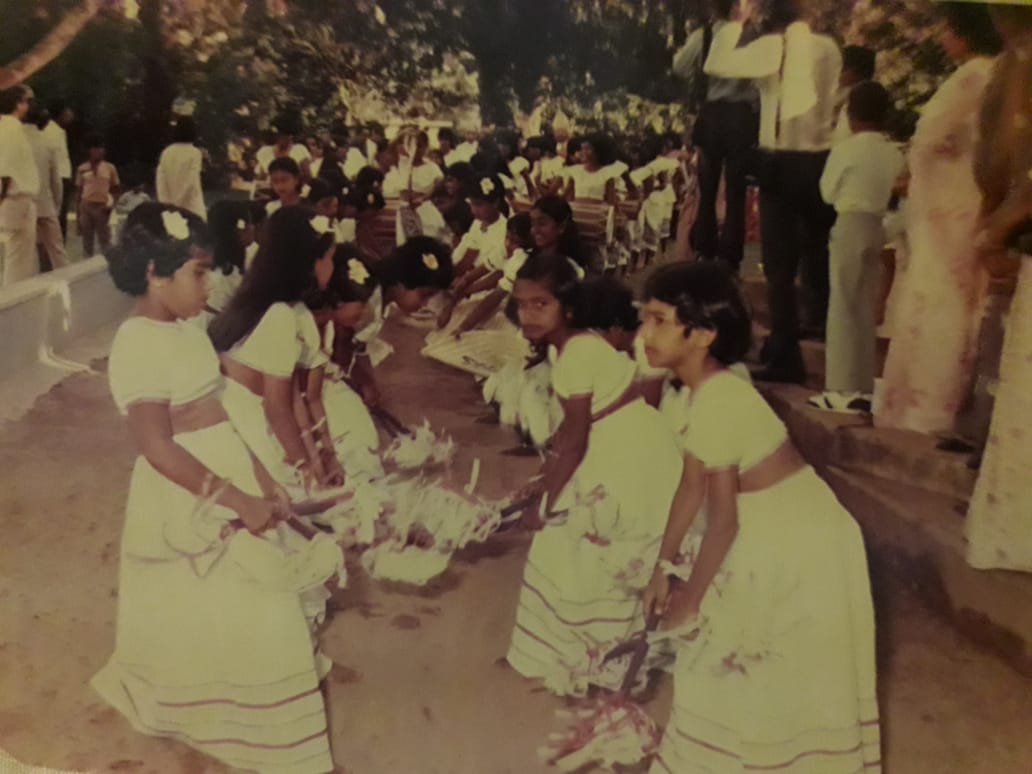 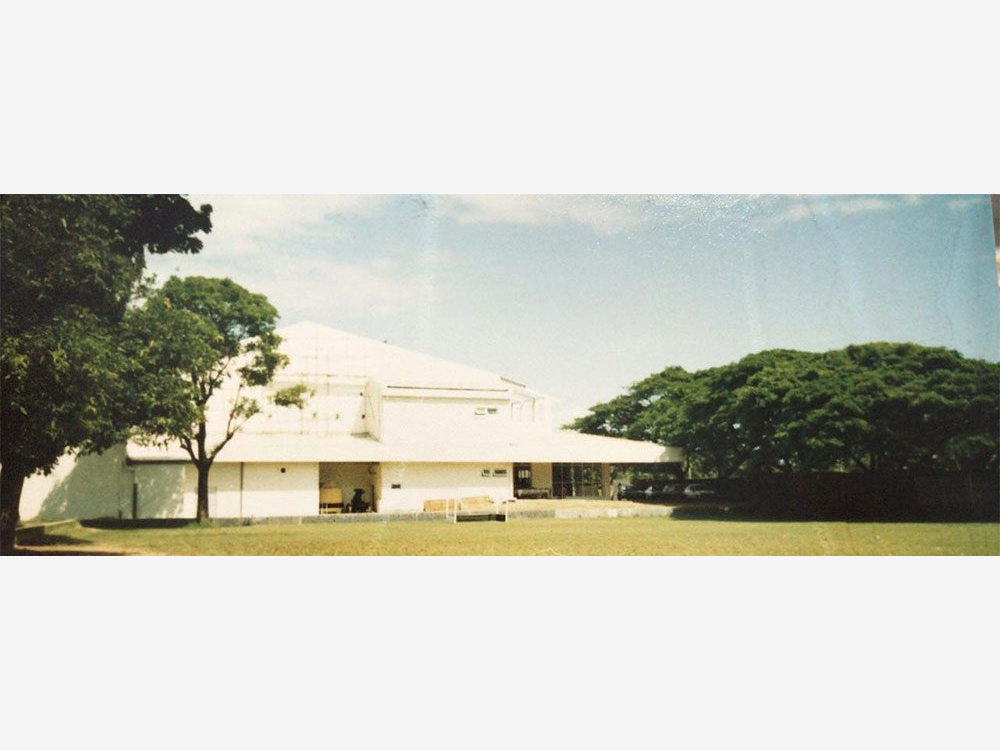 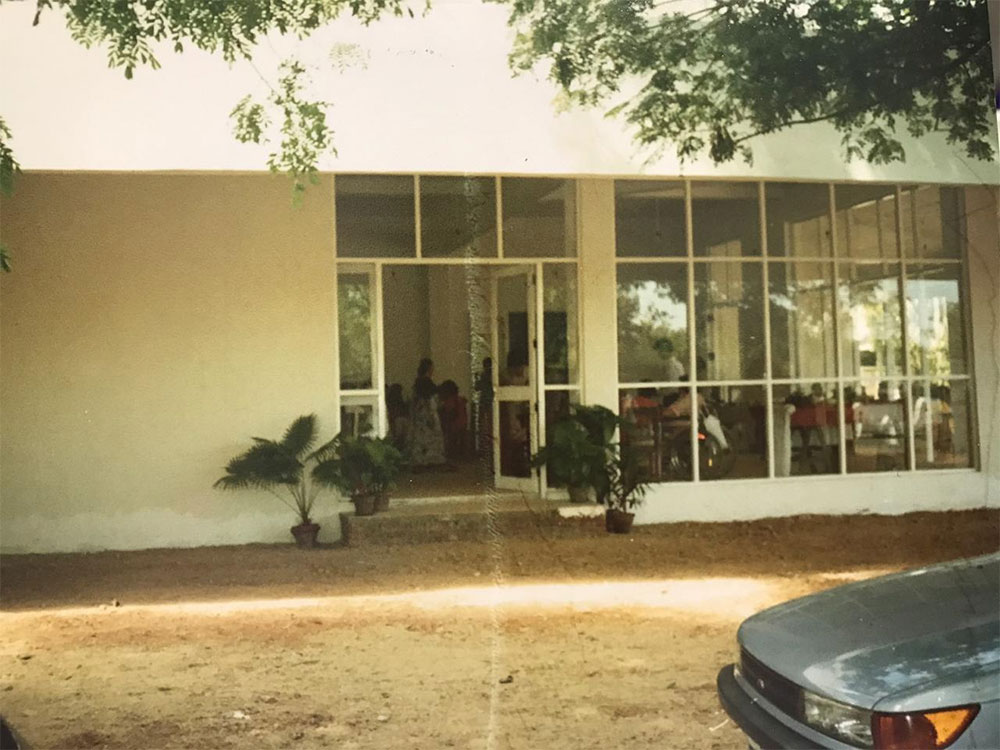 A brief History of the Bishop’s College Auditorium

The Bishop’s College Past Pupils’ Association aspired to gift its Alma Mater a state of the art Auditorium which was not only to serve the School, but have facilities to be hired. Taking an active role in obtaining the land from the Government on lease and raising the funds, the project was activated by the PPA in the 1980’s.

It was past pupil Mrs. Dulcie Abeywardena, who alerted the School to the possibility of obtaining suitable State land adjoining the School play ground. The Hon. Gamini Dissanayake, Minister of Mahaweli Development and Lands was receptive to the request and steered the project through. If not for the fortunate lease of this land the School could not have located an Auditorium without encroaching either on the KG play ground or on the playing field.

The PPA, PTA, Students and Staff together made an epic effort to raise the funds. The PPA efforts included Gala Dinner Dances, Benefit Shows, Performances, Contests, Carnivals and Fairs. The School and PTA together with the PPA collaborated on many successful fundraising projects for the cause including BC Walks.

The PPA Branches in England and Australia and other class representatives in Sri Lanka did as much as they could to help. In addition many individual past pupils gifted the proceeds of their own fundraising to swell the Building Fund.

The Messrs Viswa Selvaratnam and Perera were the architects selected to draw up the plans. Mr. U. N. Gunasekere was awarded the contract for the Construction. As costs escalated, loans had to be obtained to proceed with the pile drive work from the Ecumenical Loan Fund (ECLOF) and from two Banks in Colombo. The whole hearted generosity of Contractor Mr. U. N. Gunasekere and the unstinted support of Dr. Milroy Perera, propelled the project forward.

The Foundation stone was laid on December 2, 1986, jointly by the President, H. E. J R Jayawardene, and the Bishop of Colombo Rt. Revd. Swithin Fernando, the Chairman of the Bishop’s College Board of Governors. The President gifted Rs. half a million from the President’s fund as a nucleus of the Auditorium Building Fund. The President of the PPA at the time was Mrs. Sunethra Illangakoon.

The Board of Governors set up a Committee for the raising of funds. The PPA and the PTA were both on this committee. The Principal of the School Mrs. Gwen Dias Abeysinghe was whole heartedly involved in every aspect of the project. Messers Walker and Sons commenced the pile driving in April 1987.

In 1993 the Auditorium committee met approximately every month to complete and open the Auditorium. The PPA branches in Australia and UK raised the funds for the seating and stage curtains. The Auditorium was blessed on August 13, 1994 by the Bishop of Colombo Rt. Revd. Kenneth Fernando, Chairman of the Board of Governors. The President of the PPA was Kamini De Soysa.

On August 13, 1994 the BCPPA Annual General Meeting was held for the very first time at the Bishop’s College Auditorium. It was indeed a very proud moment for the PPA as was the performance of the London Chamber Orchestra on February 4, 1998. HRH Charles, Prince of Wales, the Patron of the Orchestra, graced the occasion as part of Britain’s participation in the fiftieth Anniversary of Sri Lanka’s Independence. Mrs. Kamini De Soysa who had arranged for the performance at the Auditorium was presented to HRH Charles, Prince of Wales.